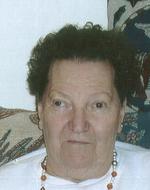 Winifred R. Brown, age 88, of Aledo died Thursday, December 27, 2012 at the Mercer County Hospital. Per her request, there will be no services. Fippinger Funeral Home in Aledo is in charge of arrangements. On-line condolences can be made at www.fippingerfuneralhome.com.

She was born November 18, 1924 in Gerlaw, IL a daughter of David and Ida Row Burns. She graduated from Aledo High School and married Darrah E. Brown February 8, 1947.

She was employed in the domestic's department Hotel and Casino in Laughlin, NV and resided in Arizona for 40 years.

She was preceded in death by her parents, husband and 1 brother.


To send flowers to the family in memory of Winifred Brown, please visit our flower store.