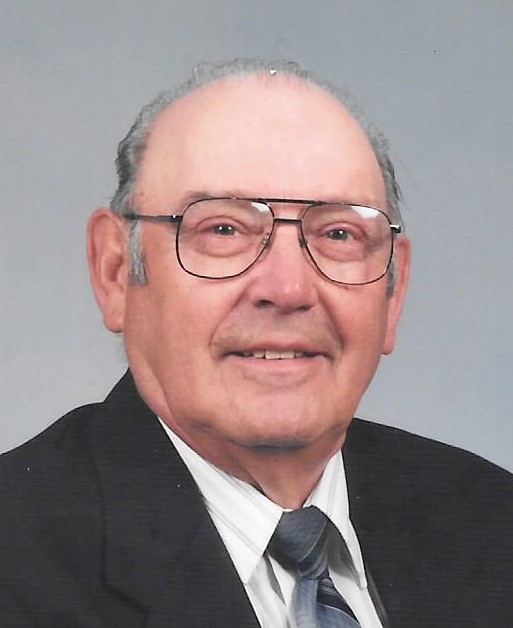 Willis G. Luallen, 90 of Woodhull, Illinois died Sunday, October 22, 2017 at OSF St. Francis Medical Center in Peoria surrounded by his family. Services are 11:00 a.m. Thursday, October 26, 2017 at Bethany Lutheran Church in Woodhull. Burial is in the Woodhull Cemetery where graveside military rites will be conducted. Visitation is 4-7 p.m. on Wednesday, October 25, 2017 at Peterson-Wallin-Knox Funeral Home in Woodhull. Memorials may be made to Clover Township Fire Department, Woodhull Cemetery Association or the Bethany Lutheran Church and online condolences can be made at www.petersonwallinknox.com.

He was born February 19, 1927 in rural Woodhull, IL to Raymond and Cosetta Stiers Luallen. He received his education from the Woodhull schools. Willis married Lois L. Benson November 19, 1950 in New Windsor, IL. She died January 10, 1978.

He was a U.S. Army Air Corp. veteran.

Willis hauled livestock for his father and from 1949-1975, he was an automotive mechanic for Luallen Motor Sales in Woodhull, IL. Willis then delivered supplies for Stevensen’s Sales Company in Davenport, Iowa, retiring in 1992. After retirement, he drove part-time for Borkgren’s, Bredberg’s and Schunicks’ until his health failed.

Willis was a member of Bethany Lutheran Church, Miles S. Sturgeon American Legion #546, charter member of the Experimental Aircraft Association Chapter 75 in Davenport, Iowa and former chief of the Clover Township Fire Department. He served on the Zoning Committee for the City of Woodhull.

He enjoyed bowling, tinkering, visiting with friends and especially spending time with his family.

He was preceded in death by his parents; wife; infant daughter: Brenda; and one grandson: Derek; and one brother: Don.

Click to download / open
To send flowers to the family in memory of Willis Luallen, please visit our flower store.