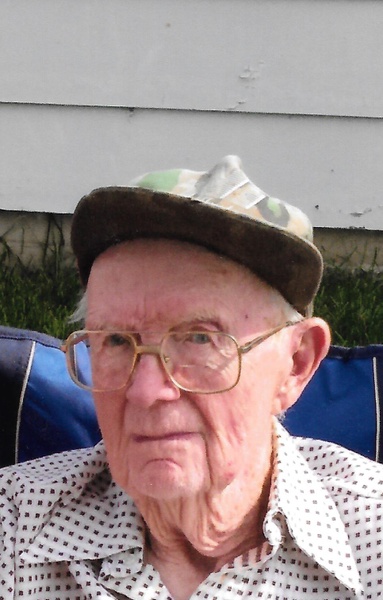 William L. LeCornu, age 95, of New Windsor, IL, died Thursday, September 6, 2018 at home. Per his request, cremation has been accorded and there will be no services. Peterson Wallin Knox Funeral Home in Alpha is in charge of arrangements and online condolences can be made at www.petersonwallinknox.com


Bill was born January 7, 1923 in Vinton, IA, to Emsley and Mary Glendy Matthews. At a young age, he was adopted by George and Belle LeCornu of Muscatine, IA, and graduated from Muscatine High School.


Bill was employed briefly at John Deere in Moline before becoming employed as a serviceman for the Photostat Corporation. He then worked at Gale Products in Galesburg for several years. For many years Bill raised cattle on his small farm in rural New Windsor.
He was a former member of the American Legion.


Survivors include a son, Jerome (Anna) LeCornu of Kentucky, 2 granddaughters and several nieces and nephews.
His parents, 5 sisters, and 5 brothers preceded him in death.

To send flowers to the family in memory of William LeCornu, please visit our flower store.