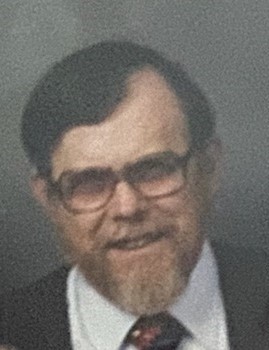 William H. Christensen, 69, of Seaton, IL died Saturday December 14, 2019 at Aledo Health and Rehab Center, Aledo, IL. Cremation has been accorded. A joint memorial service for Bill and his wife, Sue, will be 11:00 am Thursday, December 19, 2019 at the Fippinger Funeral Home, Aledo.  Burial is in the Candor Cemetery rural Seaton.  Visitation will be one hour prior to services at Fippingers where memorials may be left to the Marquette Academy in Ottawa, IL.   Online condolences may be left at www.fippingerfuneralhome.com.

Bill was born July 12, 1950 in Ottawa, IL to Henry and Rita Fox Christensen. He graduated from Marquette High School in 1968.  He attended Illinois Valley Community College, where he received his electricians certificate.

He married Susan Marie Byrne on September 30, 1980 in Georgia.  Susan passed away just two weeks ago on Thanksgiving day.

He was employed at Borg-Warner Chemical in Ottawa, IL before becoming employed as a launch pad technician at Cape Canaveral for a number of years. He finished his career with S&M Construction in Tampa, FL retiring in 1992.

He was an avid reader, loved to write, do genealogy research and word puzzles.

He was preceded in death by his parents, wife and one step daughter.

To send flowers to the family in memory of William Christensen, please visit our flower store.