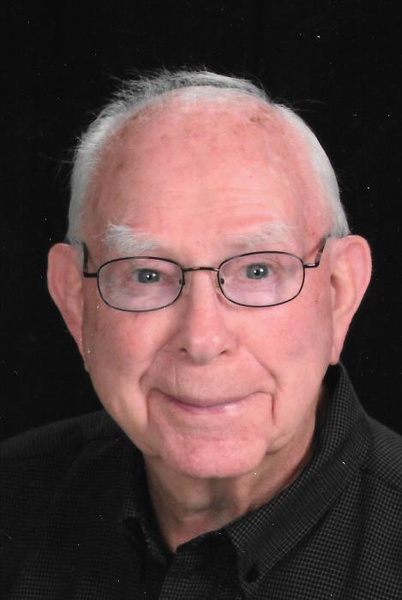 Wayne “Bud” D. Johnson, 85 of Woodhull, Illinois died Sunday, February 23, 2020 at OSF St. Mary’s Medical Center in Galesburg, Illinois.  A Mass of Christian Burial will be 11:00 AM Thursday, February 27, 2020 at St. John’s Catholic Church in Woodhull. Burial is in the St. John’s Catholic Cemetery in Woodhull where graveside military rites will be conducted.  Visitation is 10 a.m. until the time of services Thursday, February 27, 2020 at the church. Memorial contributions can be made to Tri-County Ambulance, Meals on Wheels or St. John’s Catholic Church.  Peterson-Wallin-Knox Funeral Home is in charge of arrangements and online condolences may be left at www.petersonwallinknox.com.

Bud was born on December 23, 1934 in rural McDonough County, Illinois to Jesse and Lena Shaner Johnson. He graduated from Blandinsville High School in 1953.  On December 19, 1957, he was united in marriage to Donna Robinson in Macomb, Illinois.

Bud was a member of the Teamsters and an avid reader.

Bud was preceded in death by his parents; four sisters and five brothers.

To send flowers to the family in memory of Wayne "Bud" Johnson, please visit our flower store.