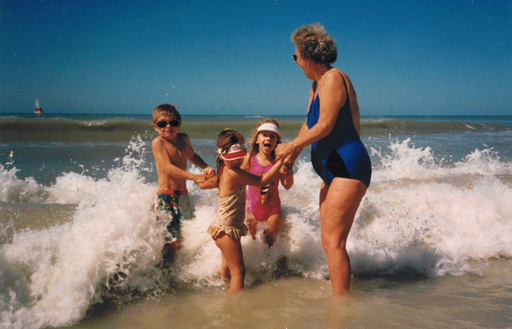 He was born in Galesburg, IL to Carl A. and Lisa E. Danielson Johnson on February 16, 1928 following their immigration from Sweden in 1911. He grew up in New Windsor and graduated from New Windsor High School in 1946.

Gube resided in New Windsor, Rock Island, Andover, Galva and Alexis over the years and loved the home that he and Glenna built in Sun Lakes, AZ, wintering there from 1985 to 2013. Gube and his brothers, Dick and Curt owned Alpha Ready Mix.

Gube enjoys reading, investing, bowling, golf and Manhattans. He spent many an hour at the Cozy Inn with brother, Curt after bowling and at the Andover Inn with good friend, Bob VanMelkebeke. He and good friend, Bake Barton enjoyed a Drambuie together at Julie and Greg's annual 4th of July party and the Barton Friday happy hour.

He always enjoyed his time with family and friends. Gube was supportive of all his nieces and nephews in countless ways. He loved visiting with people and his morning coffee with friends in Sun Lakes and Alexis.

To send flowers to the family in memory of Wayne Johnson, please visit our flower store.