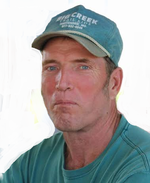 Wade L Maynard, 53 of Silvis, Illinois died Sunday July 24, 2016 at Unity Point Health in Rock Island, Illinois. He and his family have donated his organs to Gift of Hope. A celebration of life will be held at a later date. Fippinger Funeral Home in Aledo is in charge of arrangements. Memorials may be made in his name and may be sent to the family. Online condolences may be left at www.fippingerfuneralhome.com.

Wader was born June 15, 1963 in Moline, IL to Jack and Shirley Willits Maynard. He grew up in the Viola area. On September 17, 1993 he married his best friend Cynthia Jones Stallings of Aledo. They had 23 wonderful years together.

He was employed by Tyson Foods in Joslin for 19 years.

Wader was preceded in death by his parents, his brother, Keith Maynard and mother-in-law, Arlene Jones.


NASCAR
The insignias listed here may be subject to copyright and / or trademarked. Those copyrights and trademarks are owned by the respective organizations.

To send flowers to the family in memory of Wade Maynard, please visit our flower store.