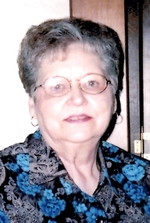 Verna C. Anderson, age 82, of Alpha, Illinois died Thursday January 1, 2015 in her home. There are no services. Private burial will be in the Andover Cemetery at a later date. Memorials may be left to the donor's favorite charity. Peterson Wallin Knox Funeral Home in Alpha is in charge of arrangements.

Verna worked at Paul's Grocery Store and Bubon's Drugstore both in Alpha and retired from the AlWood Pharmacy in 1997. She was a member of the Grace Lutheran Church in Ophiem and the American Legion Auxiliary. She enjoyed cooking, camping and being with people.


American Legion Auxiliary
Evangelical Lutheran Church in America
The insignias listed here may be subject to copyright and / or trademarked. Those copyrights and trademarks are owned by the respective organizations.

To send flowers to the family in memory of Verna Anderson, please visit our flower store.