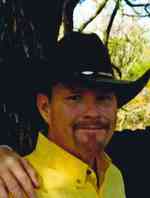 Troy L. Hensley, 50, of Aledo, Illinois, died Tuesday, May 27, 2014 at home. Cremation has been accorded. A gathering to celebrate his life will be 6-8 p.m., Thursday, May 29, 2014 at the Mercer County VFW Post 1571. Private burial will be at a later date. Memorials may be left to the Mercer County VFW Post 1571. Fippinger Funeral Home is serving the family and online condolences may be made at www.fippingerfuneralhome.com.

Troy was employed as an assistant manager for Stanley Foods in Texas, He later worked for Morgan Builders and owned his own restaurant and catering business. He retired to Aledo due to ill health and worked as a cook at the Mercer County VFW and Legends.

To send flowers to the family in memory of Troy Hensley, please visit our flower store.