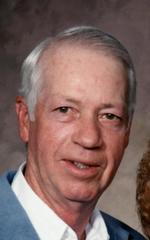 Tom R. Masters, 71, of New Windsor, IL, died Friday, April 5, 2013 at Clarissa Cook Hospice House in Bettendorf, Iowa, surrounded by his family and friends after a courageous battle with cancer. Services are 11 a.m., Wednesday, April 10, 2013 at Peterson-Wallin-Knox Funeral Home in Alpha. Burial is in the Hopewell Cemetery, New Windsor. Visitation is 4-7 p.m., Tuesday at Peterson-Wallin-Knox Funeral Home in Alpha where a memorial fund will be established. On-line condolences can be made at www.petersonwallinknox.com.

He was born March 13, 1942 in Avena, IL to Lawrence and Marjorie Hoover Masters. He graduated from Crossville High School and attended the University of Illinois majoring in engineering. Tom married Mary "Fran" Weihler April 26, 1963 and later married Joanne Shaffer Anderson September 15, 1983 in Viola. She died July 24, 2002.

He was employed by a Danville, IL contractor as a power line installer in the Mercer County area. He was then employed by Case IH in East Moline as a machinist, retiring in 1992. He worked for the Workens Co. repairing farm machinery throughout the country.

He was an avid horseman, having raised and trained horses for many years. In his early days, he was a jockey in southern Illinois and was active in the rodeo, riding bulls and broncs for many years. Later in life, he owned and raced thoroughbred horses, his vast knowledge and expertise enabled him to judge many horse shows.

He was an avid gardener, giving produce to family and friends. He enjoyed fishing, hunting and mushrooming.

He was preceded in death by his parents; wife; two sisters: Bobbie Jean Payne and Freda Putnam; and one brother: Jack.

To send flowers to the family in memory of Tom Masters, please visit our flower store.