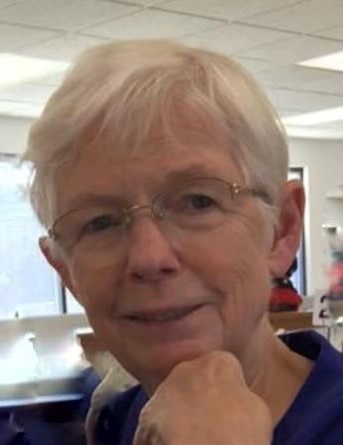 Theresa L. Tomlinson, 78, of New Windsor, IL passed away Friday, July 29, 2022 at Clarissa C. Cook Hospice House in Bettendorf, Iowa. Cremation has been accorded.  Funeral services are 1:00 p.m. Friday, August 12, 2022 at the New Windsor Presbyterian Church. Burial is in the New Windsor Cemetery. Visitation is 11:00 a.m. until the time of services Friday where a memorial fund will be established.  Peterson Wallin Knox Funeral Home in Alpha is in charge of arrangements and online condolences can be made at www.petersonwallinknox.com.

She was born August 4, 1943 in Moline, IL.  Theresa was raised by her parents Earl and Georgia Blaine Dungan.  She graduated from Rockridge High School in 1961.  Theresa attended AIC in Davenport and furthered her education throughout her career.  She was united in marriage to Robert M. Tomlinson September 1, 1963 in Illinois City, IL.  He died October 16, 2019.

Theresa was employed at Farmers State Bank of Western Illinois in New Windsor and Alpha, retiring in 2005.

She enjoyed crocheting, sewing, knitting, crafting, putting together care packages, flowers/plants, and gardening.  Theresa especially enjoyed being with her family.

To send flowers to the family in memory of Theresa L. Tomlinson, please visit our flower store.
Untitled_08112022_105438.pdf
Open