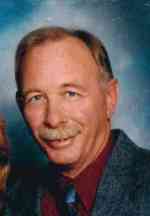 Steven K. Rehn, 63, of Plano, Texas formerly of Woodhull, Illinois, went to be with the Lord Sunday, December 22, 2013 in his home. Services are 10:30 a.m. Monday, December 30, 2013 at Harvest Bible Chapel in Woodhull, Illinois. Burial is in the Woodhull Cemetery. Visitation is 2-5 p.m. Sunday at Peterson-Wallin-Knox Funeral Home in Woodhull. A memorial fund will be established and online condolences can be made at www.petersonwallinknox.com.

He was born June 21, 1950 in Moline, Illinois to Kenneth and Lois Freeze Rehn. He graduated from AlWood High School in 1968 and attended Black Hawk East College in Kewanee, Illinois. He married Deborah Cozad August 15, 1970 in Galesburg, Illinois.

Steven was employed at the Rock Island Lines Railroad until 1981. He farmed with his father in Woodhull for 20 years before moving to San Antonio where he worked for Amtrak until 2002. They moved to Plano, Texas and he retired from Rail America (DGNO Railroad) as a Car Foreman in 2012.

He was a member of Grace Outreach Center in Plano, Texas, Brotherhood of Railroad Trainmen and a former member of the Henry County Farm Bureau and Pork Producers, as well as, the Lynox Loyals 4-H Club. Steven coached girls' softball in Woodhull for many years and was a founding member and elder of Faith Christian Fellowship in Woodhull where he started the children's ministry. He enjoyed all sports and was an avid Illini fan. He loved the outdoors, camping and flower gardening. His greatest joy was his family, especially his grandchildren.

To send flowers to the family in memory of Steven Rehn, please visit our flower store.