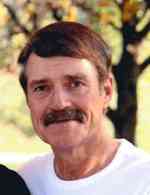 Steven was born March 19, 1949 in Rock Island to Lawrence "Scoop" and Mattie Fausett Lafever. He graduated from Aledo High School in 1967 and attended business school in Kansas City. He enlisted in the U.S. Marines in 1968 and served until 1974.

He briefly worked at Alcoa in Bettendorf and FS in Aledo before engaging in farming in the Buffalo Prairie area. Steven was a member of the Buffalo Prairie Presbyterian Church where he served on the board and was a trustee. Other memberships include: Buffalo Prairie Masonic Lodge#679, Buffalo Prairie Volunteer Fire Department, Mercer County Farm Bureau and Leech Cemetery Trustee. He was a former Duncan Township Supervisor and Trustee.

He enjoyed snowmobiling, riding his Harley, reading and spending time with his family and grandson.


Farm Bureau
Harley Davidson
Presbyterian Church
U S Marine Corps
The insignias listed here may be subject to copyright and / or trademarked. Those copyrights and trademarks are owned by the respective organizations.

To send flowers to the family in memory of Steven Lafever, please visit our flower store.