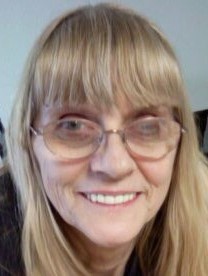 Sandra J. Merideth, 70 of Alpha, Illinois, died Monday, August 28, 2017 at OSF St. Francis Medical Center in Peoria, IL. Services will be 2:00 p.m., Thursday, August 31, 2017 at Peterson-Wallin-Knox Funeral Home in Alpha. Burial is in the Alpha Cemetery. Visitation is one hour prior to services at the funeral home in Alpha where memorials may be left to University of Iowa Eye Clinic or COPD Foundation. Online condolences can be made at www.petersonwallinknox.com.

She was born June 22, 1947 in Davenport, Iowa to Harold and Rosamond Chandler Merideth. She graduated from AlWood High School in 1965 and Southern Illinois University where she received her B.S. in administration of justice. Sandy married Frank Victor Anderson, Henry Hamilton and Rex Witt.

Sandy was a homemaker, farmer and worked at the Rock Island Argus. She was employed by the State of Illinois as a caseworker, retiring in 2011.

She was a member of the Alpha United Methodist Church and AFSCME.

She enjoyed dancing, rollerskating, horseback riding, reading, going to the Benten race track and being with her family.

She was preceded in death by her father.

Click to download / open
To send flowers to the family in memory of Sandra Merideth, please visit our flower store.