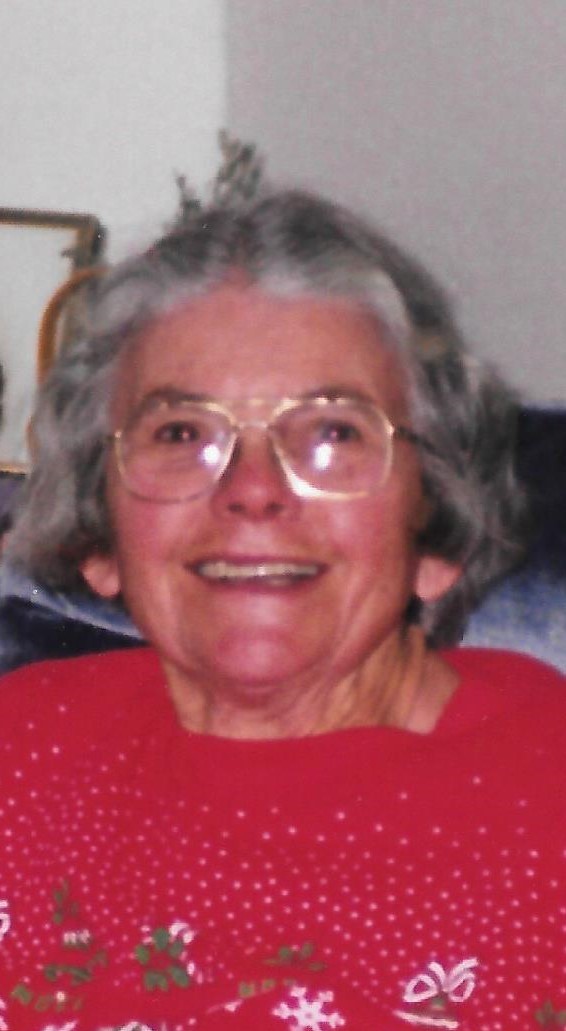 An Era has come to a close, Ruth Anna Montgomery Peterson has pasted on to the waiting arms of Jesus Christ.

Ruth Anna Montgomery was born the oldest daughter of Harry Edgar and Florence P. Wellertt Montgomery on February 6th, 1919 in the family home of rural Appleton, Knox County, Illinois. Twenty one months later her sister, Helen Margret, was born and Ruth was no longer the center of attention. In Ruth’s words, “I was so ornery my mother sent me out to do chores with my dad at 2 years old.” Thus started her farming life. She started milking cows at 4 years old and driving the 2 horse team and working the fields when she was 10 years old. Her youngest sister, Opal Lucille was soon born after Ruth turned 10. Ruth attended the one-room schools in the Appleton area known as “Round-bottom” crossing the creek twice a day as she walked to and from school. The area is now Oak Run. Ruth attended and graduated in three years from Williamsfield High School (Bill-town bombers). Ruth worked for a short time at Gale products in Galesburg to help with family finances. She learned to run the metal lathe as well as the men. In 1943 her father purchased the farm he always wanted and the family moved to east of Viola, Illinois. They lived there barely 4 years when her father was killed in a farming accident, Ruth witnessed, October 27th, 1947. With her mother and youngest sister, Opal, the women continued to work the farm. Ruth was introduced to Lee Vern Peterson by his cousin, who was Ruth’s next door neighbor, on a blind date.  They were married June 9th, 1951 and they went to live on Lee Vern’s family farm northwest of New Windsor, Illinois.  They welcomed their first born son, Harry Alfred, July 14th, 1954. Soon to follow came Wendell, Duane, AnnaBelle, and Juanita. Lee Verne passed away August 13, 1964. Ruth stayed on the 160 acre farm and raised the 5 children on her own. Milking cows, raising stock and feeder cattle, pigs and chickens to care for her family, and always had a big garden.  Ruth made sure her children had the opportunities in school and community activities she did not have as she was growing up during the Depression.

Her memberships include the New Windsor Presbyterian Church and the Mercer County Farm Bureau. She enjoyed sewing, gardening, and spending time with her family and grandchildren.

She was preceded in death by her parents, husband, and sisters Helen May and Opal Wadhams, and step-grandson John Kirby.

To send flowers to the family in memory of Ruth Peterson, please visit our flower store.
Open