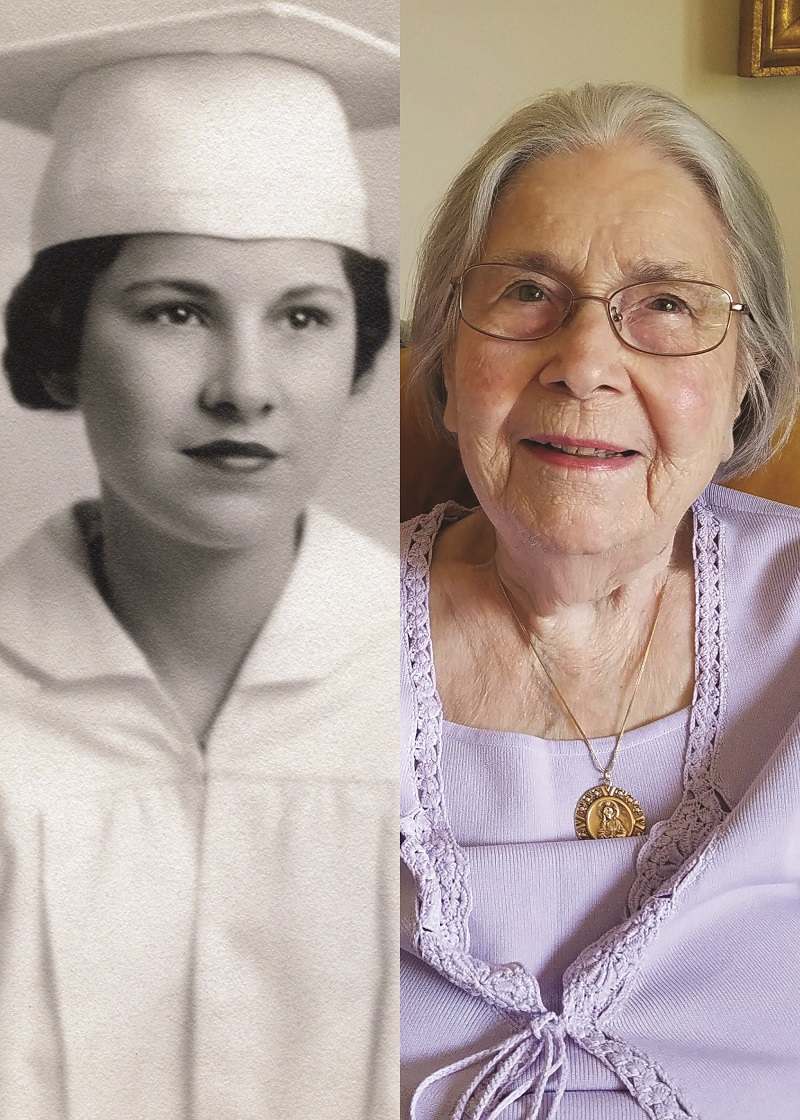 Rosalie Gates Thede, 100 of Aledo passed away Sunday, July 29, 2018 at home. Her eventful life spanned the unforgettable 20th Century and continued into the 21st. A Mass of Christian burial will be celebrated at St. Catherine’s Church, Aledo, IL at 10:30 a.m., Friday, August 3rd. Burial is at Aledo Cemetery. Visitation will be from 5:00-8:00 p.m., Thursday, August 2nd at Fippinger’s Funeral Home, Aledo, IL with the Holy Rosary being recited at 4:30 p.m. In lieu of flowers, memorials may be made to the Geneseo Historical Museum, St. Catherine’s Church, the Mercer County Family YMCA, or the donor’s favorite charity. Fippinger Funeral Home is in charge of arrangements and online condolences may be left at www.fippingerfuneralhome.com.

She served in the Navy Relief Board at Camp Endicott, Davisville, Rhode Island, a Seabee Base where her husband was stationed as a Naval Disbursing Officer during World War II. She later served as a trustee of St. Catherine’s Church and also was a former Director on the Board of Oak View Country Club.

She enjoyed music, the arts, golf, bridge, gardening, travel, and was an avid reader.

Rosalie was also a great lover of dogs, owning several cocker spaniels and dachshunds over the course of her lifetime including dachshund “Dutch” whom her great-grandchildren were particularly fond of.

While she loved being with family, friends, pets, and in her yard with her flowers, her special joy was in her two grandchildren and four great-grandchildren.

She was preceded in death by her husband Robert, son William, her parents, and brother Robert Gates.

Rosalie’s grandchildren Margo and Michael wish to express their heartfelt thanks to her loving caregivers of these past several months for their selfless love and compassion. They also thank the many people their grandmother enjoyed the friendship of over the years of her life; in particular, the warmth and kindness she received from her community neighbors in the city of Aledo.

To send flowers to the family in memory of Rosalie Thede, please visit our flower store.
Open