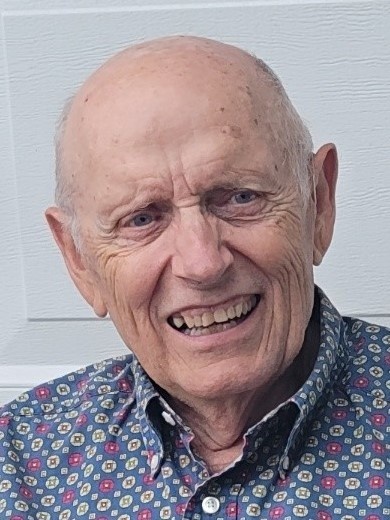 Ronald R. Ranney, 80 of Aledo, Illinois passed away Sunday, March 6, 2022 at UnityPoint Health Trinity Rock Island, IL. Services are 11:30 a.m. Saturday, March 12, 2022 at Fippinger Funeral Home in Aledo.  Burial is in the Peniel Cemetery.  Visitation is 10:00 a.m. until the time of services at Fippinger’s where a memorial fund will be established.  Online condolences can be made at fippingerfuneralhome.com.

Ron began his career farming and later moved on to sales and finance.  He was always a people person and enjoyed helping others.   Ron retired in 2005 from Midwest Bank in Moline as a loan officer.

He was an active member and Elder of the Reorganized Church of Jesus Christ of Latter Day Saints.  Ron enjoyed being outdoors, woodworking and camping, especially at Young’s Lake in Kirkwood, Illinois.  He especially loved being with his children, grandchildren and great grandchildren.

His parents and one brother, Roger preceded him in death.

To send flowers to the family in memory of Ronald Ranney, please visit our flower store.
Open