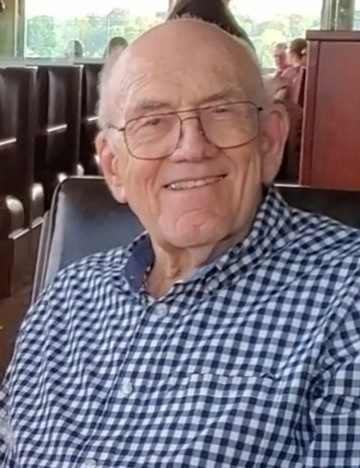 Ronald D. Melvin, 82, of Aledo, Illinois died Thursday, February 17, 2022, at UnityPoint Health Trinity Rock Island, IL. Services are 11:00 a.m. Tuesday, February 22, 2022 at Trinity Presbyterian Church in Aledo.  Burial is in the Aledo Cemetery. Visitation is 9:00 a.m. until the time of services at the church where memorials may be left to Pregnancy Resources, St. Jude Children’s Research Hospital or Trinity Presbyterian Church.  Fippinger Funeral Home is in charge of arrangements and online condolences can be made at fippingerfuneralhome.com.

He was born June 16, 1939 in Burlington, Iowa to Lester and Mildred Apt Melvin. He graduated from Media High School in 1957 and the University of Illinois in 1961. Ron married Jean L. Anders August 2, 1959 in the United Presbyterian Church in Stronghurst, IL.

In 1963, Ron joined the Illinois State Police and was employed as a state trooper, retiring in 1993 with the rank of Master Sergeant.  After retirement, Ron worked at the Aledo True Value and was an assistant at Fippinger Funeral Home in Aledo.

Ron was a faithful member of Trinity Presbyterian Church who loved his Lord and Savior.  He enjoyed reading his bible, motorcycling and spending time with his family.  Ron had a wonderful sense of humor.

His parents and son, Michael preceded him in death.

The family wishes to thank the 4th floor staff at UnityPoint for their wonderful care.

To send flowers to the family in memory of Ronald Melvin, please visit our flower store.
Open