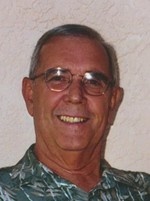 Roger E. Higgins, 76, of Bradenton, FL, passed away April 12, 2016 at Tidewell Hospice. Cremation has been accorded and graveside services are 11:00 a.m. Saturday, June 11, 2016 at Peniel Cemetery in rural Joy, IL. Memorials may be made to the Roger Higgins Scholarship Fund. Fippinger Funeral Home is in charge of arrangements and online condolences may be made at www.fippingerfuneralhome.com.

Roger was born January 25, 1940 in Alexis, IL to Charles E. and Doris (Kenney) Higgins. Roger served in the U.S. Army Reserves and the Iowa National Guard.

Roger was employed at Pekin Insurance Company for 30 years, retiring as district claims manager in 2001.

He was a past president of the Cedar Rapids Adjusters Assn., Sunrise Optimist Club and a member of the American Legion Post #24.

He was preceded in death by his parents, sister Dereth Brokaw, two brothers Dale and Danny; and great-nephew Ethan.


American Legion
National Guard
Optimist Club
US Army Reserves
The insignias listed here may be subject to copyright and / or trademarked. Those copyrights and trademarks are owned by the respective organizations.

To send flowers to the family in memory of Roger Higgins, please visit our flower store.