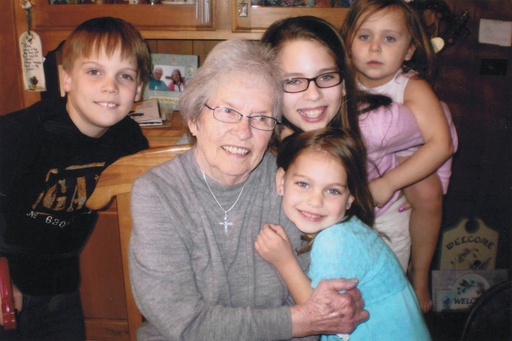 Roberta "Bobbi" J. Polesky, 92, of Aledo, Illinois, died Thursday, May 26, 2016 at Genesis Medical Center in Aledo. Graveside services are 2:00 p.m. Tuesday, May 31, 2016, at the New Boston Cemetery. There is no visitation. Fippinger Funeral Home in Aledo is in charge of arrangements. Memorials may be left to American Cancer Society and online condolences may be made at www.fippingerfuneralhome.com.

Bobbi was born May 3, 1924 in New Boston, Illinois to Howard and Pearl Anderson Bridger. She graduated from Pleasant View Country School. On October 16, 1946, she was united in marriage to Joe T. Polesky in Moline. He died September 5, 1993.

She enjoyed traveling, visiting family members in Texas, Hawaii and Sweden, sewing, playing euchre, fishing and was proud of her Swedish heritage.

She was preceded in death by her parents, husband; three sisters, Marian, Virginia and Lorraine; and two brothers, Howard and George.

To send flowers to the family in memory of Roberta Polesky, please visit our flower store.