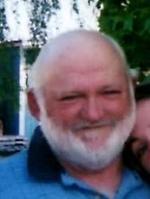 Robert J. "Bud" Wilson, 65, of Woodhull, IL, died Thursday, December 13, 2012 at his home. Services are 11 a.m., Monday, December 17, 2012 at Peterson-Wallin-Knox Funeral Home in Woodhull. Burial is in the Woodhull Cemetery where military services will be conducted. Visitation is 4-7 p.m., Sunday at the funeral home where a memorial fund will be established. Online condolences can be made at www.petersonwallinknox.com.

He was born November 6, 1947 in Galesburg, IL to Ernest and Katherine Carnes Wilson. He graduated from AlWood High School and married Linda Sanders Taflinger January 20, 1982 in Galesburg. Bud was a Vietnam veteran serving in the Army.

Bud was a lifetime carpenter in the Woodhull area. He worked for Alexander Lumber Company and the Stronghurst Feed Mill for several years. He also was a truck driver.

He was a member of Oxford volunteer fire department, a first responder and enjoyed bowling. He loved to spend time with his family.

His parents; two grandchildren: Nicholas and Edward; and two sisters preceded him in death.


Army
Vietnam Service Medal
Vietnam Veterans of America
The insignias listed here may be subject to copyright and / or trademarked. Those copyrights and trademarks are owned by the respective organizations.

To send flowers to the family in memory of Robert Wilson, please visit our flower store.