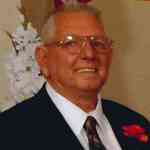 Robert E. Neer, age 73, of Aledo Illinois died Friday March 7, 2014 at Unity-Point Health Care in Rock Island, IL. Graveside services are 11:00 AM Monday at the Aledo cemetery. There is no visitation. A luncheon will follow the graveside service at the Aledo Fire Station. In Lieu of flowers, a memorial fund will be established. Fippinger Funeral Home in Aledo is serving the family and online condolences can be made at www.fippingerfuneralhome.com

Robert was born September 5, 1940 in Rock Island to LeRoy and Ada Frank Neer. He was raised by Ada and his step-father Charles Lenz. He graduated from AlWood High School. He married Helen Burns March 22, 1959 in Alpha.

He retired from Frontier Communications in 2003. Bob and Helen owned and operated The Onion Shoppe and Shirts and Gifts by Neer for many years. Bob was a member of the Aledo Volunteer Fire Department for 26 years.

He enjoyed camping, traveling, woodworking and especially loved being with his grandchildren and great grandchildren.

His parents, 1 sister, Ruby Shannon and a brother Jerry Neer preceded him in death


Aledo Illinois Fire Department
Fire Department Seal
The insignias listed here may be subject to copyright and / or trademarked. Those copyrights and trademarks are owned by the respective organizations.

To send flowers to the family in memory of Robert Neer, please visit our flower store.