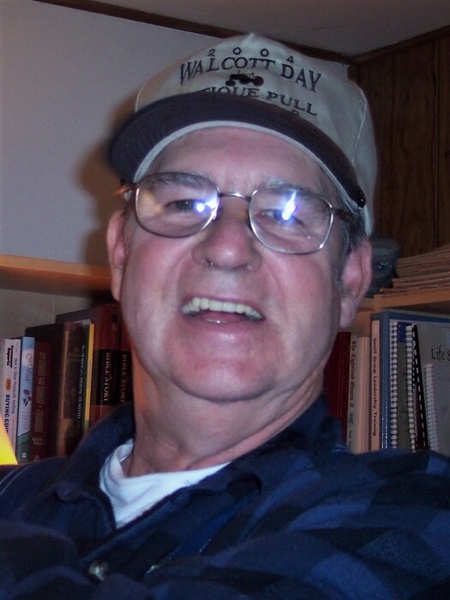 Robert Dewayne Lemon, 76, of Aledo, IL passed away Monday, June 14, 2021 at Mercer Manor in Aledo. Graveside services are 11:00 a.m. Monday, June 21, 2021 in the Aledo Cemetery. Visitation is 2-5 p.m. Sunday at Fippinger Funeral Home in Aledo.  In lieu of flowers, memorials may be left to Mercer Manor Rehabilitation – Memory Care. Online condolences can be made at www.fippingerfuneralhome.com.

Bob worked at Bear Manufacturing in Rock Island, making wheel weights. For over 25 years, he worked for L.D. Lemon & Sons Disposal in Aledo. For the next 20 years, he transported beans and corn for Martin Grain and then for Big River Resources. He hauled grain from farms to elevators and barges.

Bob and Barb enjoyed motorcycle and trike rides, snowmobiling with family, stock car races, and going for breakfast any time of the day. Bob had a great love for animals and had dogs, cats, guinea pigs, hamsters, a rabbit, and a raccoon in his home.

He was a member of the Bald Bluff Antique Tractor Pulling Association. He participated in tractor pulling with his dad and friends each summer for many years and won multiple trophies, ribbons, and cash awards.

Bob was preceded in death by his parents, Lyle and Frances Lemon and in-laws, George and Julia Lenz.

The family would like to thank the staff of the Memory Care Unit at Mercer Manor Rehabilitation in Aledo for their compassionate care and attention to Bob.

To send flowers to the family in memory of Robert Lemon, please visit our flower store.
Open