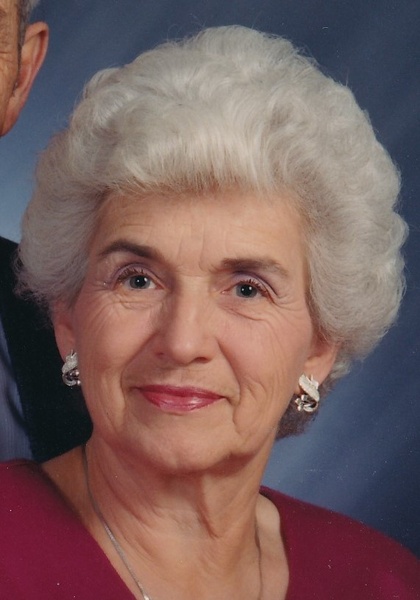 Rita M. Soseman Carroll, 87 of Aledo, Illinois died Sunday June 25, 2017 at Friendship Manor in Rock Island. Services are 10:30 a.m. Thursday June 29, 2017 at College Avenue Presbyterian Church in Aledo. Burial is in the Aledo Cemetery. Visitation is 4-7 p.m. Wednesday June 28, 2017 at the Fippinger Funeral Home in Aledo where memorials may be left to College Avenue Presbyterian Church or Fur-Ever Friends. Online condolences can be made at www.fippingerfuneralhome.com.

She was born May 17, 1930 in Petoskey, Michigan to George and Evanna Stevenson Ouderkirk. Rita graduated from Aledo High School in 1948 and attended AIC in Davenport. On September 26, 1948, she married Charles W. Soseman in Viola. He died October 16, 2002. She later married Robert E. Carroll December 30, 2009 in Aledo.

Rita was a homemaker and an equal partner in the operation of the family dairy farm.
She was a lifetime and very active member of College Avenue Presbyterian Church. She loved the Lord and faithfully prayed for her family and friends. Other memberships include the Illinois Jersey Cattle Association and Kimel Club.

Rita enjoyed horseback riding with her special group of girlfriends. She played the piano for many years accompanying students at contest and sang in the community for weddings, funerals and special events. Rita loved and cared for animals throughout her life.

Her parents, husband, one daughter, Catherine and one great grandchild preceded her in death.

Click to download / open
To send flowers to the family in memory of Rita Soseman Carroll, please visit our flower store.