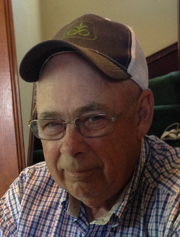 Keith was a former insurance agent for Country Companies in Aledo.  He farmed in the Edgington area for over 50 years and raised tomatoes for H.J. Heinz Company in Muscatine for 25 years.

He was a member of the Buffalo Prairie Presbyterian Church and was a 4H leader in Rock Island County.  For many years, he raised Belgian draft horses and was a member of the Belgian Draft Horse Association.  He enjoyed deer hunting, especially with his grandsons and attending his grandchildren’s sporting events.  Keith spent his 50th wedding anniversary at a state volleyball tournament.

To send flowers to the family in memory of Richard "Keith" Girls, please visit our flower store.