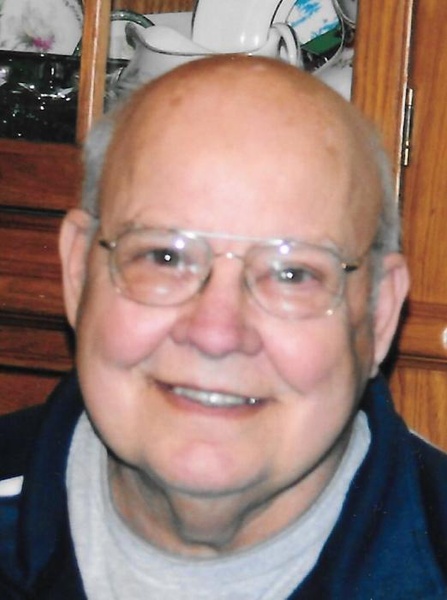 Richard L. Taylor, 83, of Woodhull, Illinois, died Wednesday, March 25, 2020 at OSF St. Mary Medical Center in Galesburg, IL.   Cremation has been accorded.  A Memorial Service at the United Church of Woodhull and burial in the Woodhull Cemetery will be held at a later date.  Memorials may be left to the United Church of Woodhull or the AlWood Academic Foundation.  Peterson-Wallin-Knox Funeral Home in Woodhull is in charge of arrangements and online condolences can be made at www.petersonwallinknox.com.

He was born April 11, 1936 in Bishop Hill, Illinois to Joseph and Frances Bloom Taylor. He graduated from Woodhull High School.  He was united in marriage to Sherrie A. Leafgreen February 24, 1957 in Rio, Illinois.

Dick was employed at Shuler Coal Company in Alpha, Illinois and later at Moorman Manufacturing in Alpha, retiring in 1995.

He was an avid artist and sign painter.  Many of his signs dotted the landscape in the AlWood area.  Dick enjoyed fishing, gardening, painting, collecting coins, flipping homes and collecting cars.  He was especially proud of his 1950 Ford business coupe and making his special popcorn for his family.

He was preceded in death by his parents; one brother: Jim and one sister:  Judy Beck.

To send flowers to the family in memory of Richard Taylor, please visit our flower store.