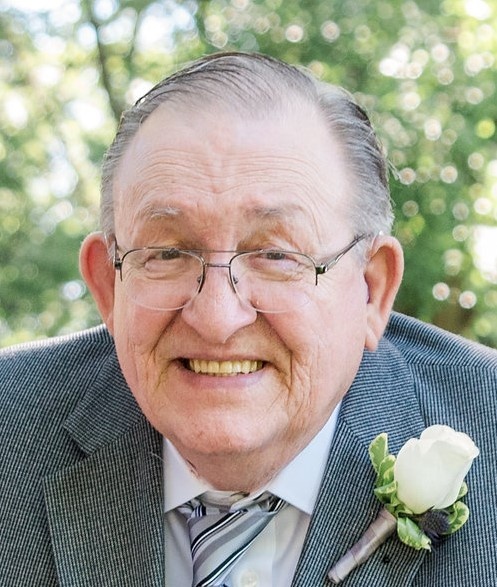 Richard A. Rittenhouse, 82, of Aledo, IL died Sunday, January 6, 2019 at Genesis Senior Living in Aledo. Services are 11:00 a.m. Wednesday January 9, 2019 at Fippinger Funeral Home in Aledo. A luncheon will follow at the Aledo Methodist Church. Burial will be 2:30 p.m. in Oaklawn Memorial Gardens in Galesburg where graveside military rites will be conducted. Visitation is 4-7 p.m. Tuesday at Fippinger’s where masonic rites will be conducted at 7:00 p.m. Memorials may be left to the Aledo United Methodist Church or the American Legion Fallerans #121. Online condolences can be made at www.fippingerfuneralhome.com.

Richard was born July 12, 1936 in Iowa City, Iowa to Ralph A. and Thelma M. Valett Rittenhouse. He graduated from East Moline High School and attended Augustana College in Rock Island.

He was a U.S. Navy veteran.

He was employed as a construction supervisor for Eagle Food Stores, retiring in 2000.

To send flowers to the family in memory of Richard Rittenhouse, please visit our flower store.
Open