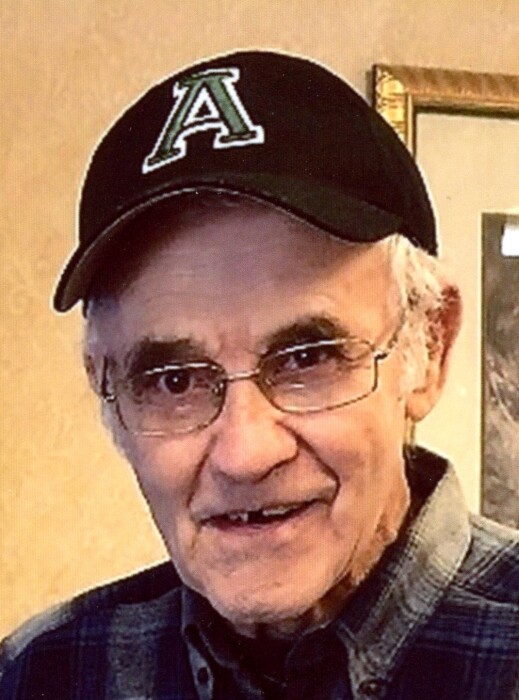 Richard O. “Dick” Doss, age 85, of Hamlet, IL, died Wednesday December 9, 2020 at Amber Ridge in Moline, IL.  Graveside services are 2:30 PM Monday, December 14, 2020 in the Hamlet Cemetery.  There is no visitation.  Memorials may be left to the Alzheimers Association.  Fippinger Funeral Home is in charge of arrangements and online condolences can be left at fippingerfuneralhome.com

He was born July 14, 1935 in Iowa City to Alvin and Margaret Fessenden Doss.  He attended the Millersburg and Aledo schools and was united in marriage to Velma Muhlenburg February 13, 1955 in Millersburg.

As a young man, he was employed at Fell’s Filling station in Aledo and then the MMDK Foundry in Davenport.  He and his wife owned and operated the “Hamlet Store” until its closing in 1960.  Dick also worked for Valley Construction for 35 years retiring in 1993. He purchased the Old Mercer County Hospital at Auction in 1982 and enjoyed renovated the facility into residential apartments.

Dick loved to work and especially enjoyed bird watching, traveling, NASCAR, and being with his family.

His parents, 2 sisters Bev and Phyllis and 3 brothers, Duane, William and Edwin Preceded him in death.

The family would also like to thank Amber Ridge Memory Care and Hospice Compassus for their exceptional care.

To send flowers to the family in memory of Richard Doss, please visit our flower store.
Open