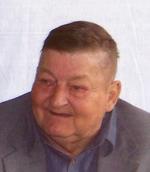 Richard L. "Dick" David, 72, of Aledo, IL, died Thursday, January 31, 2013 at the Mercer County Hospital. Cremation has been accorded and a visitation will be from 4-8 PM Monday, February 4, 2013 at Fippinger Funeral Home in Aledo. Private burial will be at a later date. A memorial fund has been established and online condolences can be made at www.fippingerfuneralhome.com.

He was born January 6, 1941 in Rock Island to Sonny and Marye Beck David. He attended Aledo schools and married Barbara Litwiler September 1, 1962 in Cambridge, IL.

Dick was a diesel mechanic working for Mercer Ready Mix and Dellitt Trucking Co. in Aledo, retiring in 1990. He loved to fish, hunt mushrooms, tinker in the garage and drive the country roads.

His parents, son-in-law: Steve Cokel and 2 brothers: Jerry and Robin preceded him in death.

To send flowers to the family in memory of Richard David, please visit our flower store.