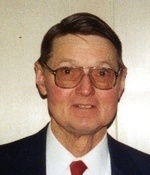 Raymond D. Carlson, 82 of Galesburg, IL, formerly of Woodhull, died Saturday, April 2, 2016 at Cottage Hospital in Galesburg. Services are 10:00 a.m. Saturday, April 9, 2016 at Peterson-Wallin-Knox Funeral Home in Woodhull. Burial is in the Grace Lutheran Cemetery in Ophiem. Visitation is 4-7 p.m. Friday at the funeral home. Memorials may be left to Bethany Baptist Church in Galesburg. Online condolences can be made at www.petersonwallinknox.com.

He was born November 2, 1933 in Streator, Illinois to Paul and Chrystal Samuelson Carlson. He graduated from AlWood High School in 1951. On July 22, 1956 he was united in marriage to Barbara Dunn in Galesburg.

Raymond was a partner in the H.L.R. Construction Company in Woodhull, Illinois, retiring in 2002. They moved to Galesburg in 2014.

He was a member of Bethany Baptist Church in Galesburg. Raymond enjoyed hobby farming, antique tractors, reading and especially being with his family.

His parents, one brother, Ralph preceeded him in death.


Army
Army
Baptist Church
Baptist Church
The insignias listed here may be subject to copyright and / or trademarked. Those copyrights and trademarks are owned by the respective organizations.

To send flowers to the family in memory of Raymond Carlson, please visit our flower store.