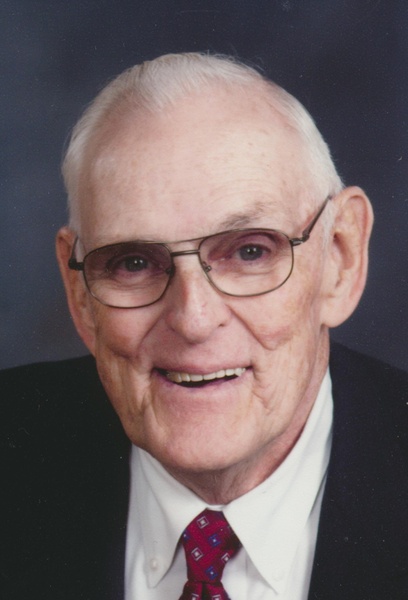 Paul C. Engwall, 86, of Aledo, Illinois, died Friday, May 26, 2017 at Genesis Medical Center in Aledo. Services are 10:00 a.m. Wednesday, May 31, 2017 at the Aledo United Methodist Church. Burial is in the Aledo Cemetery where graveside military rites will be conducted. Visitation is 4-7 p.m. Tuesday at Fippinger Funeral Home in Aledo. Memorials may be left to Mercer County Relay for Life and online condolences can be made at www.fippingerfuneralhome.com.

He was born February 14, 1931 in Aledo, IL to Oscar and Verna Anderson Engwall. He was raised by Nettie Engwall, since his mother died in childbirth. Paul was very athletic and attended Iowa Wesleyan College.   Paul married Patty Harbour on June 25, 1952 at the Aledo United Methodist Church. She died December 9, 1995. On May 26, 2001, he married Louise Meminger at the Aledo United Methodist Church.

He was a U.S. Army veteran, having served in the Korean Conflict.

Paul owned and operated the family farm for over 50 years.

He was a member of the Aledo United Methodist Church, Exchange Club and Mercer County VFW Post 1571.

Paul was an avid sports fan. He especially enjoyed attending his grandchildren’s activities.

Paul was preceded in death by his parents; wife, Patty, daughter in law, Anne Earl Engwall; one granddaughter, Emma Engwall; and one brother, Earl Engwall.

Click to download / open
To send flowers to the family in memory of Paul Engwall, please visit our flower store.