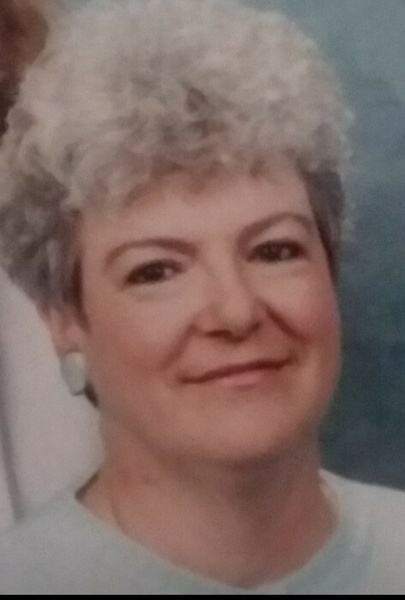 Patricia Rose Munson, age 75, of Woodhull, IL went to be with the Lord Monday, March 22, 2021 at St. Francis Medical Center in Peoria.  Private graveside services are Friday, March 26, 2021 at the Woodhull Cemetery.  There is no visitation.  Memorials may be left to American Diabetes Association, Woodhull Cemetery Association or Tri-County Ambulance. Peterson Wallin Knox Funeral Home in Woodhull is in charge of arrangements and online condolences can be left at petersonwallinknox.com.

She was born April 13, 1945 in Kewanee, IL to Shirley Lamb Claeys.  Patricia was adopted by Amadeus and Martha Hansen Willems of rural Cambridge.   She graduated from Cambridge High School in 1963.  On January 25, 1964, she was united in marriage to Gary L. Munson in Geneseo.  They resided in or outside of Woodhull their entire married life.

Patricia was a farmwife and loved nothing more than spending time with her family.  For many years, she was active in Galesburg T.O.P.S.  She attended many country music concerts.  She enjoyed cooking until dementia took that away from her.  On the farm, she would feed the outside cats by throwing food onto the sidewalk.  It was usually no time before she noticed she was feeding cats, skunks, raccoons, and an occasional possum.  She thought they needed to eat too.

Those left to treasure her memory are her husband of 57 years, Gary; son, Craig Munson and daughter, Karin Munson, both of Woodhull; granddaughter, Sondra (Tony) Flores and their daughter, Harper Flores, all of Bettendorf, Iowa; sisters, Debbie Lindstrom and Kathy Wemple, both of Kewanee and many Willems cousins.

She was preceded in death by her birth mother, Shirley Claeys; parents, Amadeus and Martha Willems; brother and sister-in-law, Gene and Nancy Willems and sister, Marie Little.

There will never be a day when we won’t think of you.

A Memorial Tree was planted for Patricia

To send flowers to the family in memory of Patricia Munson, please visit our flower store.
Open