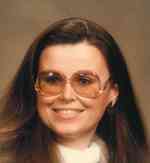 Pam S. Hopson Russell, 58, of New Boston, Illinois, passed away Tuesday, December 10, 2013 at University of Iowa Hospital. Services are 2:30 p.m., Saturday, December 14, 2013 at the New Boston United Methodist Church. Burial is in the New Boston Cemetery. Visitation is noon until the time of service at the church where memorials may be left to the New Boston Community Center or to the family. Online condolences can be made at www.fippingerfuneralhome.com.

Pam was active in the New Boston Community Center and a volunteer for the annual New Boston Fish Fry. She enjoyed time with friends, family, a good book, bingo and playing cards and crossword puzzles.

Her mother; grandparents and two nieces: Jessie Hopson and Bree Jibben preceded her in death.


Christian Cross
The insignias listed here may be subject to copyright and / or trademarked. Those copyrights and trademarks are owned by the respective organizations.

To send flowers to the family in memory of Pam Russell, please visit our flower store.