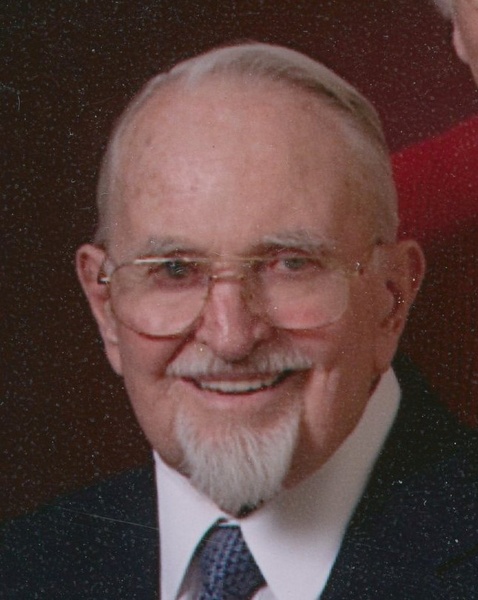 Otis B. Mack, 96, of Rock Island, formerly of Viola, Il. died Thursday August 29, 2019 at Friendship Manor Silver Cross in Rock Island. Mass of Christian Burial will be 11:00 am Tuesday September 3, 2019 at the St. John’s Catholic Church in Viola. Burial will be in the St. John’s Cemetery where graveside military rites will be conducted. Visitation is from 9:00 AM until time of services at the church. In lieu of flowers, memorials may be left to St. John's Catholic Church, St. Pius X Church or Friendship Manor. Fippinger Funeral Home in Aledo is in charge of arrangements and online condolences can be made at www.fippingerfuneralhome.com

Otie was born September 5, 1922 in rural Viola to Thomas Edward and Elizabeth Kelly Mack. He graduated from Viola High School in 1940 and attended St. Ambrose College in Davenport. He served in the U.S. Army Air Corp during WWII attaining the rank of 2nd Lieutenant and graduated from the University of Notre Dame in 1947. On October 15, 1955 Otis was united in marriage to Joan M. Kness at St. John’s Catholic Church in Viola.

He farmed with his father and brother in the Viola area before becoming employed at Bendix Aviation in Davenport, Iowa. He was then employed as a field auditor for Bituminous Insurance Co. in Rock Island for 31 years retiring in 1989. He worked as an assistant for the Fippinger Funeral Home in Aledo for many years and served on the Board of Directors for the Village of Viola.

Otis was a member of both St. Pius X Church in Rock Island and the St. John’s Catholic Church in Viola where he served as Eucharistic Minister, Lector, Greeter and was instrumental in the building of the new Church.

He enjoyed woodworking, golfing, wine making, gardening and spending time with his family.

His parents and 2 brothers, Donald and Michael Sr. preceded him in death

To send flowers to the family in memory of Otie Mack, please visit our flower store.
Open