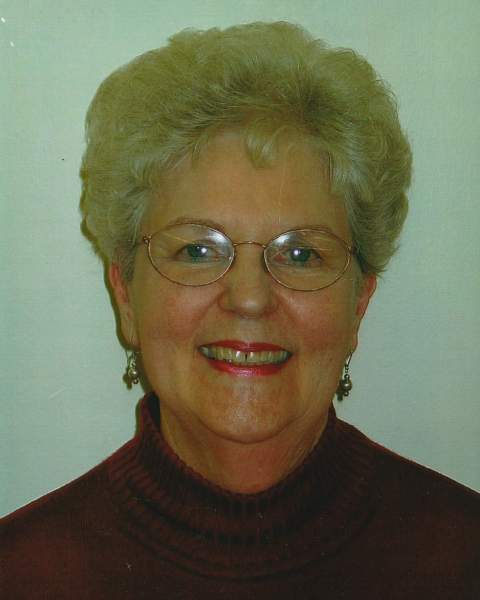 She was the youngest of five children born, at home, to George Urban and Estelle Bella (Rousseau) Frantz on November 10, 1930 in New Orleans, Louisiana. She graduated from Nichols High School in 1948. She married Curtis R. Johnson on January 22, 1955 in New Orleans. They met on a blind date arranged by Norma’s friend who was married to an in-law of Curt’s brother Gube. Curt preceded her in death on March 17, 1997. Surviving are her children Julie (Greg) Strandberg of Galva, IL and Brian Johnson (fiancé Mary Gegenhuber) of Evanston, IL. Grandchildren are Brandon (Amber) Otterstrom, Nate Otterstrom, Emma Johnson and Michael Johnson. Great-grandchildren are Cassie and Colton Sipp. Colton called her “Great Great” Norma. She has several nieces and nephews. She was also preceded in death by her parents, sister Delta in infancy, brothers Earl, Noel and George and niece Phyllis.

Norma began her life in Illinois on a farm, complete with outhouse, outside of Rio, IL. She and Curt moved to Alpha, IL in 1961 where she lived until moving to Galva, IL in February 2016. She spent the last 14 months of her life at Seminary Manor in Galesburg. Norma worked at McKee’s Diner, then had a 30 year career at Moorman Manufacturing, retiring in 1993. She always loved her job and was surprised she felt a weight lifted off her shoulders when she retired. She was also a member of the committee that established the AlWood Food Pantry.

Norma has been a member of St. John’s Catholic Church in Woodhull since moving to Illinois. She volunteered her services and worked as a secretary at St. John’s from 1993 to 2005. She served as a lector, an extraordinary minister of the Eucharist, cantor, on the parish council and was a member of the Altar and Rosary Society serving terms in all offices. She was active in Cursillo and Teens Encounter Christ. She was a member of the core team of the Prison Cursillo that originated at the Hill Correction Center from 1999-2014 and now supports them with prayer. She received the Pere Marquette Award in 2003. We feel certain that her many hours of daily prayer have benefited not only her family, but countless others.She enjoyed frequent trips to St. Meinrad’s Abbey to visit her good friends Abbot Lambert and Sister Claire.

Norma learned to drive after moving to Illinois and the wheels never stopped rolling. Her car was always backed in to Greg and Julie’s driveway when she visited so she could make a quick getaway to the amusement of all. Her dry sense of humor was priceless and appreciated by many. She enjoyed a glass of wine on Friday evenings and loved a good meal. Norma always did the dishes at Julie’s house at family gatherings where her rubber gloves still hang on the side of Julie’s refrigerator. Family vacations were to New Orleans while Julie and Brian were growing up.

Norma’s was very proud of each of her grandchildren. She encouraged Brandon in his love of trains by taking him to Railroad Days in Galesburg every year and to their favorite lunch spot, Coney Island. She attended Nate’s Air Force basic training graduation. She and dad were excited to have a granddaughter Emma. They made several visits to Elmhurst prior to dad’s passing. Most of her visits with Michael were in Alpha. She just loved his red hair. She was proud to attend Emma’s College and Michael’s High School graduations in 2017.

Norma’s family would like to express their sincerest thanks to the staff at Courtyard Estates, Seminary Manor and OSF Hospice for their wonderful care over the last 6 1/2 years. We so appreciate Rose Williams and Jen Taylor for staying with Norma overnight so she could stay at Courtyard as long as she did. It’s wonderful to have the support a small town provides. Blessings to Fathers John Burns, James Yamoah and Christopher Magesa for Norma’s spiritual support over those years.