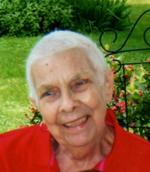 After graduating from high school, she was employed by Accounting Systems in Galesburg. She then worked at CASE in Bettendorf and Case IH in Rock Island and East Moline, retiring in 1997.

She was preceded in death by her parents; one son, Richard; and two sisters, Ruby and Edith.


American Legion Auxiliary
Lutheran Church
The insignias listed here may be subject to copyright and / or trademarked. Those copyrights and trademarks are owned by the respective organizations.

To send flowers to the family in memory of Norma Brahmstedt, please visit our flower store.