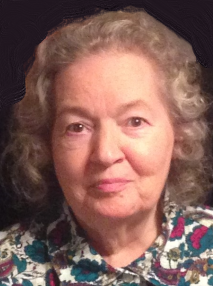 Nancy J. Reed, 84, of Galesburg, IL died Monday, December 14, 2020 at the Monmouth Nursing Home in Monmouth, IL. Graveside services are 2:00 p.m. Monday, December 21, 2020 in the Oaklawn Memorial Gardens in Galesburg. Private family visitation is Sunday at Peterson-Wallin-Knox Funeral Home in Woodhull where memorials may be left to the United Church of Woodhull, American Heart Association or St. Jude Children’s Hospital. Online condolences can be made at www.petersonwallinknox.com.

She was born May 22, 1936 in Galesburg, IL to James and Della Wiley Ingram. Nancy graduated from AlWood High School and married Dale E. Reed December 6, 1959 in Woodhull.

Prior to becoming a homemaker, she was employed at the Consolidated Freightways in Minnesota and the Burlington Truck Lines in Galesburg.

She was a member of the United Church of Woodhull and enjoyed going to movies, watching old television shows and especially traveling to Colorado and Disney World.  She also enjoyed attending her grandchildrens’ school activities and performances.

She was preceded in death by her parents; son: Darrin Reed; one brother: James; one sister: Connie McDaniel.

To send flowers to the family in memory of Nancy Reed, please visit our flower store.
Open