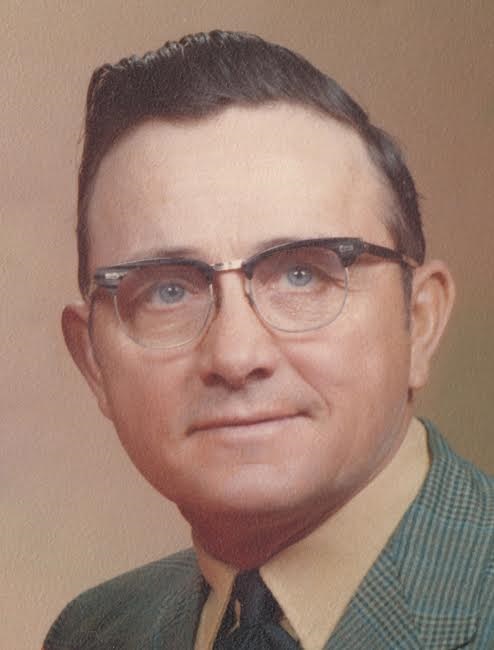 Murle Kell, 93 of Aledo passed away Saturday, May 6, 2017 at OSF St. Mary Hospital in Galesburg, IL. Services are 11:00 a.m. Friday, May 12, 2017 at Fippinger Funeral Home in Aledo. Burial is in the Aledo Cemetery. Visitation is 5-7 p.m. Thursday at Fippinger’s and one hour prior to services Friday where memorials may be left to St. Jude Children’s Research Hospital. Online condolences can be made at www.fippingerfuneralhome.com.

He was born November 6, 1923 in Aledo to C. Harrison and Audrey Wilson Kell. He attended the Frew School and Aledo High School and married Annabelle Kell May 3, 1946 in Monmouth, IL.

He enlisted in the Navy in 1943, serving in WWII in the South Pacific.

An auctioneer, farmer, and draft horse enthusiast, Murle farmed south of Alexis in Warren County from 1950 to 1982, then west of Basco in Hancock County from 1982 to 1996. He auctioned farm, household and real estate sales throughout Warren, Mercer, Knox, Henderson and Hancock counties. For 23 years, he worked and auctioned at the Monmouth Livestock Sale Barn, Monmouth. He was an enthusiastic supporter and volunteer worker for the Warren County Prime Beef Festival, Alexis Centennial and Progress Shows, and the Western Illinois Threshers.

He enjoyed working with his Belgian and Haflinger horses, using them for farming and taking them to parades. He hosted threshing bees, corn planting and husking events at their Alexis farm. Murle competed in corn husking contests throughout Illinois.
Upon retiring from farming and moving to Aledo, Murle volunteered for six years as VA driver, transporting veterans to the Iowa City VA Hospital.

Click to download / open
To send flowers to the family in memory of Murle Kell, please visit our flower store.