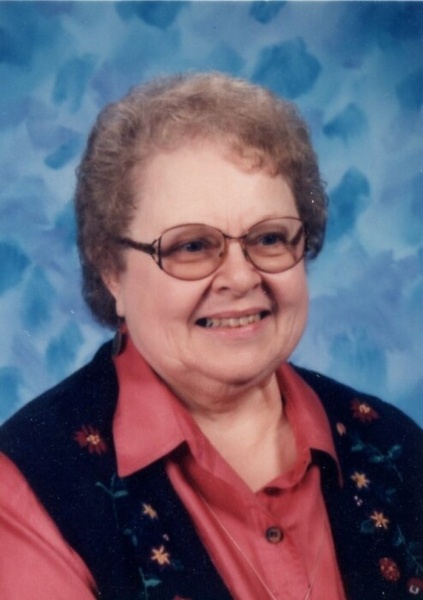 M. Pauline Noble, 87, of Aledo, IL died Sunday, January 31, 2021 at Mercer Manor in Aledo.  Private family services are Wednesday, February 3, 2021 at Fippinger Funeral Home in Aledo.  Burial is in the Buffalo Prairie Cemetery.  There is no visitation.  Memorials may be left to the New Boston Elementary Library or the Buffalo Prairie Cemetery.  Online condolences can be made at www.fippingerfuneralhome.com.

She was born June 3, 1933 in Eliza Township, IL to Stuart and Vivian Hessman Castle.  She was valedictorian of Joy High School Class of 1951 and attended AIC in Davenport. On March 1, 1952, she married Jerry Noble.

Pauline was employed at The National Bank of Aledo before becoming a homemaker.  After raising her family, she worked at Carver Lumber in Milan and later as a secretary at Westmer Elementary School in New Boston.

She was a member of the Joy United Methodist Church where she sang in the choir, helped with the children’s choir and was a former bible school teacher.  Pauline enjoyed sewing, needlework, reading, gardening, and especially family and grandchildren.

Pauline was preceded in death by her parents, a son-in-law, Danny Sell, one great grandchild and two infant sisters.

To send flowers to the family in memory of M. Pauline Noble, please visit our flower store.
Open