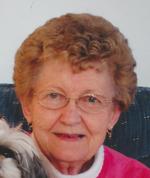 Mildred M. "Millie" Ortberg, 90 of Aledo, IL, died Tuesday, December 29, 2015 at Genesis Senior Living Center in Aledo. Services are 10:30 a.m. Saturday, January 2, 2016 at Fippinger Funeral Home in Aledo. Graveside services and burial will be 2:30 p.m. in the Fairview Cemetery in Earlville, Iowa. Visitation is from 9:00 AM until time of services Saturday at Fippinger's where memorials may be left to the Mercer County Senior Citizens Center. Online condolences can be made at www.fippingerfuneralhome.com.

Millie was employed at International Harvester Farmall Works in Rock Island, Illinois, retiring in 1985. She later worked at Georgetown Manor in Aledo.

She was a member of the United Methodist Church in Joy, Illinois, Mercer County Senior Citizens Center, AARP, UAW Local 1309 and the Red Hat Society.

She enjoyed mowing, yard work, canning and especially being with her family.

Millie was preceded in death by her parents, husbands, two grandchildren and one brother, Frank.


AARP
Red Hat Society
UAW
United Methodist Church
The insignias listed here may be subject to copyright and / or trademarked. Those copyrights and trademarks are owned by the respective organizations.

To send flowers to the family in memory of Mildred Ortberg, please visit our flower store.