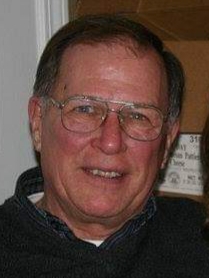 Michael J. Tripp, 76 of Joy, IL died Saturday, December 29, 2018 at Genesis East in Davenport, Iowa. Cremation has been accorded and there are no services. Private burial will be at a later date. Memorials may be left to Rushville Illinois Public Library. Fippinger Funeral Home is in charge of arrangements and online condolences can be made at www.fippingerfuneralhome.com.

Michael was born March 3, 1942 in Davenport, Iowa to Richard and Betty Burkhart Tripp. He graduated from Davenport High School in 1960.

Michael received his Pipefitter/Welder Certificate and served a 5-year apprenticeship with Local 387 in Davenport, Iowa. Upon completing his apprenticeship he won the local and state welding competition and advanced to the national competition at Purdue. Throughout his career, he was known for his welding and pipefitting and was a member of and employed by the Plumbers and Pipefitters Local Union #25 in Rock Island.

He loved reading and woodworking and was a craftsman with many talents. He loved God, his wife and his children. Michael was an excellent teacher and instilled in his family a strong work ethic. He enjoyed hunting and fishing and adored his family.

His parents and two sisters preceded him in death.

To send flowers to the family in memory of Michael Tripp, please visit our flower store.