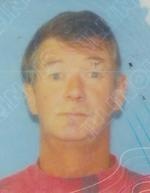 Michael E. Sampson, 60, of Moline, IL died Friday December 25, 2015 at St. Francis Medical Center in Peoria. Cremation has been accorded. Services are 1:00 p.m. Monday, January 4, 2016 at Fippinger Funeral Home in Aledo. Burial is in the National Cemetery, Rock Island, Illinois where military services will be conducted. Visitation is one hour prior to services Monday at Fippinger's where a memorial fund will be established. Online condolences can be made at www.fippingerfuneralhome.com.

He was born February 7, 1955 in Rock Island to Alva and Joyce Sims Sampson. He attended Aledo High School and enlisted into the U.S. Marines in 1973. He was Honorably Discharged in 1976.

Michael was employed at the Rock Island Arsenal and for the railroad. He was most recently employed at Goodwill Store in Rock Island where he received the Employee of the Year Award.

His parents and two brothers, Jeff and Jerry preceded him in death.


US Marine Corps
National Defense Service Medal
The insignias listed here may be subject to copyright and / or trademarked. Those copyrights and trademarks are owned by the respective organizations.

To send flowers to the family in memory of Michael Sampson, please visit our flower store.