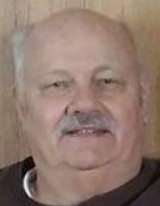 Michael E. Reaber, 71, of Aledo, IL passed away Sunday, August 22, 2021 at the University of Iowa Hospital in Iowa City.  Visitation is 3-6:00 p.m., Saturday, August 28, 2021 at Fippinger Funeral Home in Aledo. Private burial will be at a later date and there are no services. A memorial fund will be established and online condolences can be made at www.fippingerfuneralhome.com.

Mike was a UPS driver for thirty years.

Mike enjoyed fishing, hunting, camping, football, mechanics, riding motorcycles and especially being with his family.   He was a man of many talents.

He was preceded in death by his parents, one son-in-law, Eric Rudsell and one great nephew, Jared Anderson.

To send flowers to the family in memory of Michael Reaber, please visit our flower store.
Open