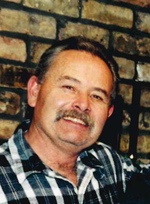 Michael D. Baugher, 64, of Aledo, Illinois, died Tuesday, April 8, 2014 at home. Services are 11:00 AM Friday, April 11, 2014 at Fippinger Funeral Home in Aledo. Burial is in the Aledo Cemetery. Visitation is Thursday 5-8 p.m. at Fippinger's where a memorial fund will be established. Online condolences can be made at www.fippingerfuneralhome.com.

Mike was born March 22, 1950 in Aledo to John and Kathryn Thomas Baugher. He graduated from Aledo High School in 1968 and received his drafting degree from Blackhawk College. Michael married Divina Peña in 1978 and later married Diane Lantau July 12, 2003 in Aledo.

He served his apprenticeship with Plumbers and Pipefitters Local #25 in Moline. Mike worked for various contractors in the area and was co-owner of Bi-State Plumbing in Moline, retiring in 2007.

Mike served as Ward 4 Alderman for the City of Aledo and was a member of the Plumbers and Pipefitters Local #25.

He enjoyed fishing, NASCAR and helping his family and friends.

To send flowers to the family in memory of Michael Baugher, please visit our flower store.