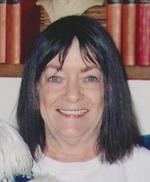 Mary M. Buckles, 83, of Bettendorf, Iowa died Wednesday, August 12, 2015 at home. Services are 11:30 a.m. Saturday, August 15, 2015 at Fippinger Funeral Home in Aledo. Burial is in the Aledo Cemetery. Visitation is 10 a.m. until the time of services at Fippinger's where memorials may be left to the American Cancer Society. Online condolences can be made at www.fippingerfuneralhome.com.

Mary was a homemaker. For many years, she owned and operated the Aqualitic Swim Club in Bettendorf and Davenport. She was later employed at Mercy Hospital in Davenport.

She was a member of St. James Lutheran Church in Bettendorf. Mary enjoyed sewing and crafting.

Survivors include one son, Michael Buckles of Bettendorf, Iowa, one brother, Bob (Ruth) Mortland of Andalusia.

Mary was preceded in death by her parents, one daughter, Lisa Lewis.

To send flowers to the family in memory of Mary Buckles, please visit our flower store.