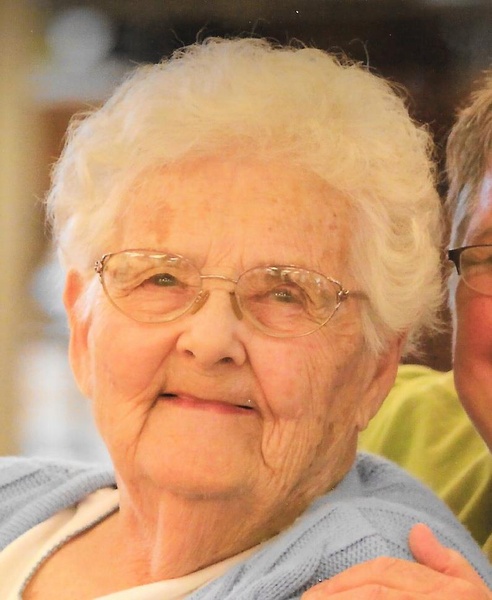 Martha J. Anderson, 96 of Milan, IL, formerly of New Windsor, IL died Wednesday, October 4, 2017 at Hope Creek Care Center in East Moline, IL. Cremation has been accorded. Graveside memorial services are 11:00 a.m. Monday, October 9, 2017 at the Calvary Lutheran New Windsor Cemetery followed by a luncheon at Calvary Lutheran Church in New Windsor. There is no visitation. Memorials may be made to Hope Creek Care Center Activity Fund and online condolences can be made at www.petersonwallinknox.com.

Martha was a member of Calvary Lutheran Church and card club.

Her parents, husbands, one stillborn son and one son-in-law preceded her in death.

Click to download / open
To send flowers to the family in memory of Martha Anderson, please visit our flower store.