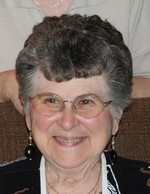 Marjorie was born December 16, 1927 in LaPorte, IN to Charles and Nellie Johnson Brooks. She graduated from Rock Island High School. On May 15, 1949 she was united in marriage to George A. "Bub" Roquet in Milan, Illinois. He died January 23, 2015.

Prior to her marriage, she was employed at Bear Manufacturing in Rock Island and was later employed as a secretary for the Winola School District for 20 years.

She was preceded in death by her parents, husband Bub, one son, Bradley, one son-in-law, Curt Wilson and one brother, Robert C. Brooks.


American Legion Auxiliary
Order of the Eastern Star
Presbyterian Church
Red Hat Society
The insignias listed here may be subject to copyright and / or trademarked. Those copyrights and trademarks are owned by the respective organizations.

To send flowers to the family in memory of Marjorie Roquet, please visit our flower store.