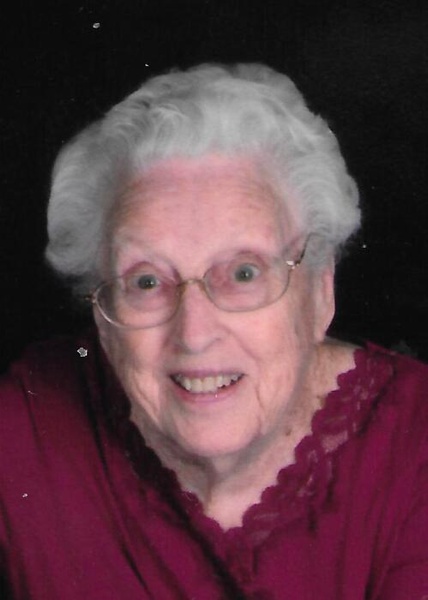 Marion I. Keck, 100, of New Windsor, IL died Saturday, August 29, 2020 at Clarissa C. Cook Hospice House in Bettendorf, Iowa.  Services are 11:00 a.m. Tuesday, September 1, 2020 at the New Windsor Presbyterian Church.  Burial is in the New Windsor Cemetery.  Visitation is 10:00 a.m. until the time of services at the church where memorials may be left to the New Windsor Presbyterian Church or the Rivoli Township Fire Department. Peterson Wallin Knox Funeral Home in Alpha is in charge of arrangements and online condolences may be left at www.petersonwallinknox.com.

She was a homemaker.  Marion was employed as a clerk at the New Windsor Post Office.

Marion was a lifetime member, Elder and Trustee of the New Windsor Presbyterian Church, where she served in the Golden Circle and the Dorcas Society, LNO club and Order of the Eastern Star, War Mothers and Rivoli Library Board.

Marion was preceded in death by her parents; husband; one son:  Bill Keck; one grandson:  Bob Litwiler; one sister: Blanche Yerkey and one brother: William Shroyer.

To send flowers to the family in memory of Marion Keck, please visit our flower store.
Open