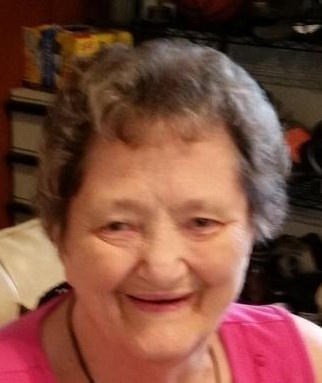 Marguerite A. Cook, 79 of Aledo, Illinois died Friday, August 2, 2019 at Mercer Manor in Aledo. Services are 1:00 p.m. Thursday August 8, 2019 at Fippinger Funeral Home in Aledo. Burial is in the Aledo Cemetery. Visitation is 11:00 am until the time of services Thursday at Fippinger’s where memorials may be left to the Mercer County VFW Post 1571 Auxiliary or Fur-Ever Friends. Online condolences can be made at www.fippingerfuneralhome.com.

Margie was employed at Quinn’s Brothers Grocery in Aledo for ten years. For many years, she assisted her sister, Helen Lemon, in the operation of the Monmouth Tastee Freeze.
She was a lifetime member of the Mercer County VFW Post 1571 Auxiliary. Margie enjoyed embroidery, crochet, baking and spending time with her family and dogs.

To send flowers to the family in memory of Marguerite Cook, please visit our flower store.
Open