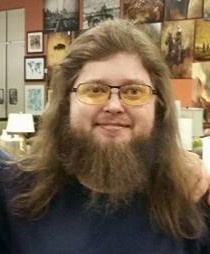 Marcus S. Wheeler, 32 of Alpha, IL died Tuesday, December 5, 2017 at the University of Chicago Medical Center. Services are 11 a.m. Tuesday December 12, 2017 at the Alpha United Methodist Church. Private burial will be at a later date. Visitation is 4-8 p.m. Monday at the church where memorials may be left to the Ronald McDonald House or the Gift of Hope Organ Donation. Peterson Wallin Knox Funeral Home in Alpha, IL is in charge of arrangements. Online condolences may be left at www.petersonwallinknox.com.

He was born April 13, 1985 in Galesburg, IL to Tim and Diana Scott Wheeler. Marcus graduated Co-Salutatorian from AlWood High School class of 2003 where he was a member of the National Honor Society and voted most likely to succeed.

Marcus graduated from the University of Illinois in 2009 with a degree in mathematics. While at the University, he was a manager and videographer for the men’s basketball team that was the 2005 Big Ten Champions and National Runner Up.

He attended Northern Illinois University and later moved to Fort Worth, Texas where he taught high school math at Venus High School.

Marcus was a baptized member of the East Galesburg Community Chapel and was involved in TWITCH, an online videotape community that enabled him to connect with people especially those with health issues. Marcus’ own health issues connected him to Barack and Michelle Obama during his senatorial and presidential campaigns and he became an inspiration to President Obama in his quest for an Affordable Health Care Act.

Click to download / open
To send flowers to the family in memory of Marcus Wheeler, please visit our flower store.